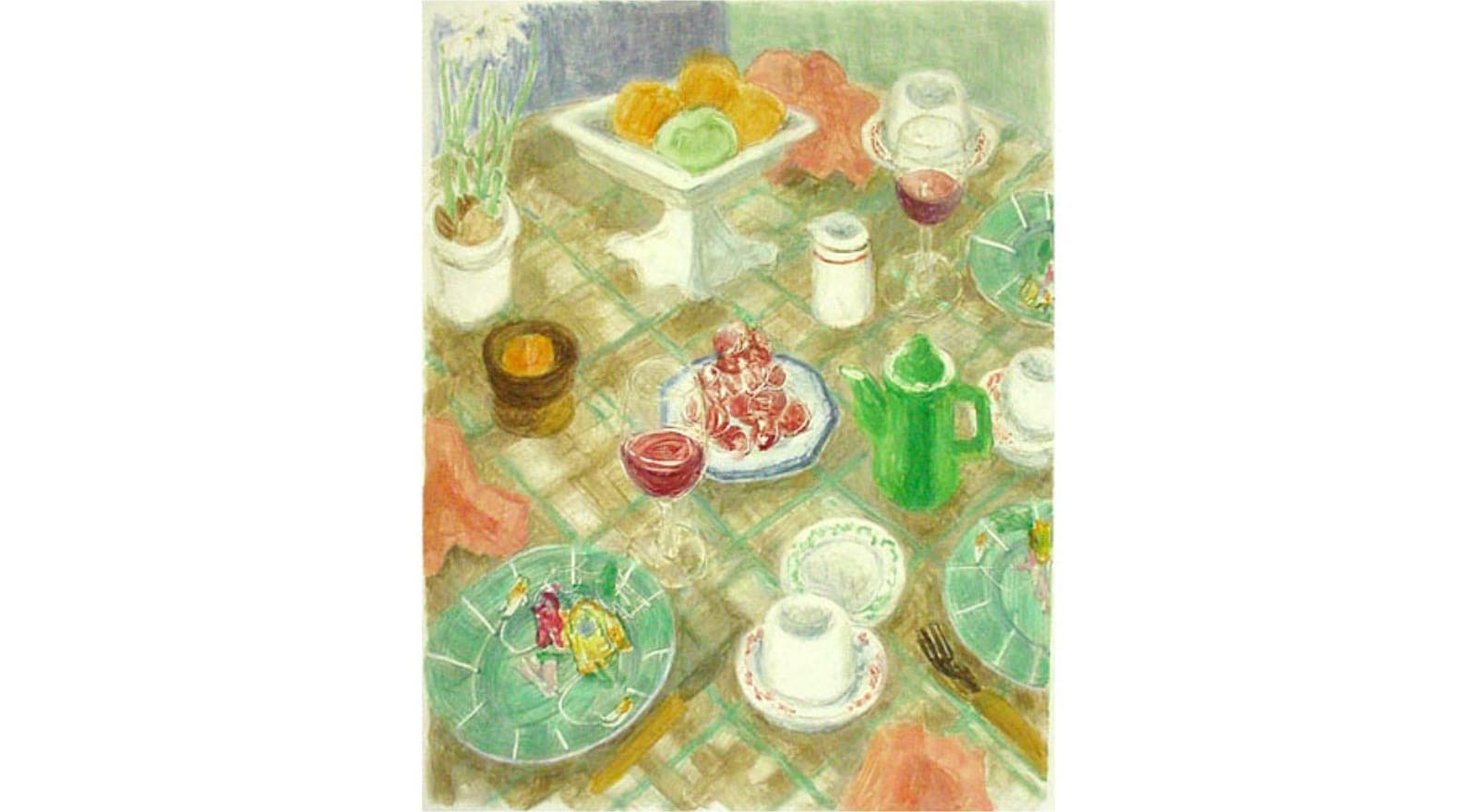 In monotype, the artist paints on a smooth surface such as copper or plexiglass, then transfers the image directly to paper by means of a press or by hand-rubbing.  Janet Yake gained mastery in monotype over many decades, exploiting its ability to convey her marvelous subtleties of color and texture.
According to artist Janet Yake, who has been working in this medium for close to 30 years, "sometimes what's left on the plate has its own merits." Fitch-Febvrel Gallery exhibited Yake's color monotypes, along with the plates from which they were printed, in April of 1999. The pairing of the prints with the plates enables the viewer to appreciate the unique and painterly aspects of the monotype, which yields one-of-a-kind prints.