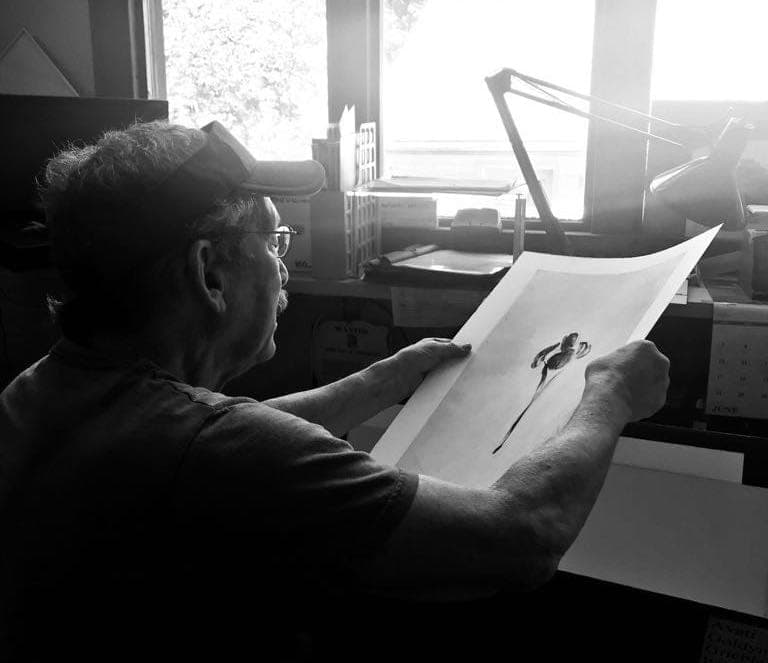 After six years of dealing privately, Fitch-Febvrel opened as a public gallery in 1977, at 5 East 57 Street, New York, NY. After 28 years in that space, Fitch-Febvrel went private in Croton-on-Hudson in July 2005.

Our objective from the outset has been to exhibit artist-printmakers of proven interest and accomplishment, but who diverge from the mainstream of modern art history and are not the objects of sophisticated marketing. We emphasize the visual rewards inherent in mastery of the printmaking process, as opposed to Duchamp-derived orthodoxy that values above all intellectual content and attention-grabbing novelty.

We champion artists who respect craft, are informed by the history of art, and express a creativity that is personal, accessible, and rich in emotional and visual reward. In this spirit, we have shown the 19th century masters Rodolphe Bresdin and Odilon Redon, artists known but seldom seen in the U.S., as well as the Belle Epoque artists Manuel Robbe and Louis Legrand (the gallery gave both their first individual exhibitions in America). Fitch-Febvrel has also promoted the work of contemporary European artists, including Erik Desmazières, Françoise Houtin, Friedrich Meckseper, Philippe Mohlitz, Jacques Muron, and Gunnar Norrman. In addition, the works of such distinguished American artists as Joseph Goldyne, Peter Milton, and Janet Yake represent additional areas of our interest.

We take pleasure in helping to form, whether in a modest or substantial way, fine private collections. Similarly, we have among our clients many of the foremost museums in America and abroad. The gallery director, Andrew Fitch, is a former Board member of the International Fine Print Dealers Association www.ifpda.org

Read our article from the Washington Print Club Newsletter.